Now I don’t know who of you may have been to such an event, but I can assure you it’s quite something.  A whole two days of fun we spent at the rodeo feasting our eyes on horse bucking, chuck wagon racing, bulling throwing, calf catching, everything you can eat on a stick, blacksmiths, cow boys, cow girls and so much more! 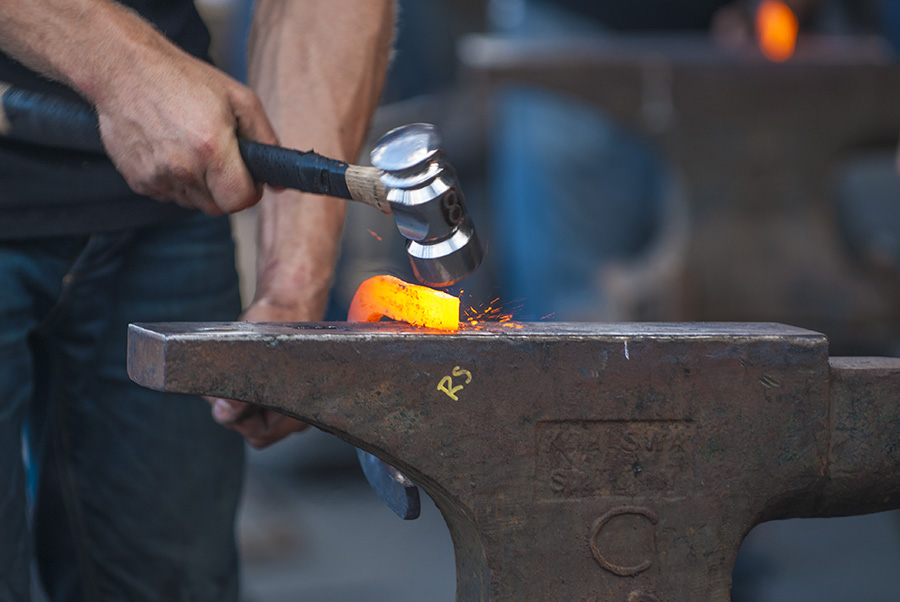 I didn’t have a clue what it was all about.  I can’t say I know much on the world of ranches and cowboying about more than what I have seen from a Clint Eastwood movie.  This meant it was stupendous news we had Joanna with us to give us the full show down of what everything meant.  She particularly helped us out with the Chuck Wagon racing.  Firstly, the cowboys (or girls) lob nitrus cyclinders into the back of carbon fibre chuck wagons which were loaded with spikes and flame throwers.  They then turbo race around TNT loaded barrels before galloping off around the track with their team buddies in pursuit on separate horses (who are, of course, wearing Inspector Gadget Hats to help with their balance and speed).  Everyone wears plastic because it’s all the rage.   At the point of racing, someone falls off or something and that doesn’t help the team because they all have to cross the line at the same time.  The losing bunch of horses become “turkey-legs-on-a-stick” in the food stalls.   The winners throw sandwiches in to the crowd. The track is carefully tidied up with a big hair comb and then there’s a tractor race which involves oiling up.  I think there’s a velociraptor in there somewhere too and there’s a massive bazooka at the back of the stand for anyone who backs out or plays up last minute.

Some guy behind us who was a veteran to the Stampede told us differently.  Apparently it’s all to do with a couple of cooks who were attending a previous stampede.  They apparently finished up barbecuing a good meal, lobbed their stoves in to their wagons and then raced out of the grandstand… and that sparked a great lot of interest and fun and it’s since become a tradition.  Supposedly.   No nitrus, horse eating, inspector gadget hats.  The plastic coats are just practical in case it rains. 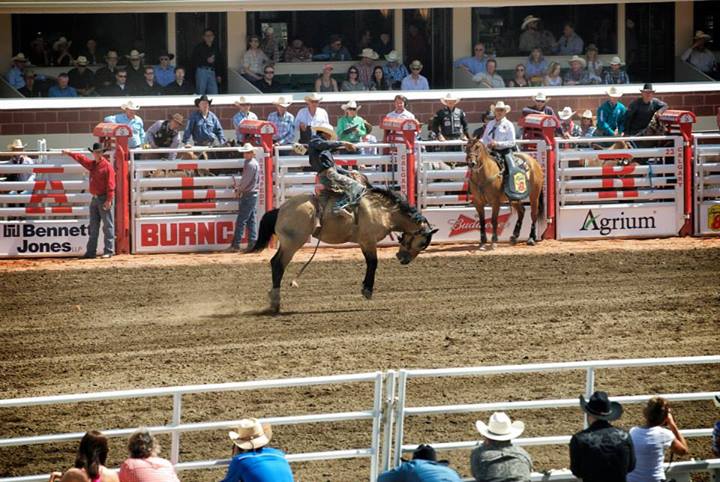 The day time show was seriously insane – I think the people who participate are very brave or just plain crazy!  Again, I was a bit confused prior to it all starting as to how they got the horses to buck and what.  I figured they just found a bunch of narky horses and rode on them.  Sam then tried to convince me that they tied rope around their testicles which made them pretty miffed off (I figured he was telling porkies though as, to be fair, if I had testicles, I’m guessing if someone tied a rope around them I wouldn’t budge an inch let alone buck like mad.  Note, I said buck.)  It turns out that we were both in the right ball park area (badoomtish ha ha!!).  I have learned that they do indeed breed horses that, in short, don’t like like to be ridden and will buck if they are.  So.   They breed narky horses (point 1 to Clare’s Theory).  Secondly, they clip on a quick release fleece or neoprene flank strap just in front of their rear legs.  I’ve been assured this doesn’t hurt them, merely peeves them off some more making them narkier still and thus more buckingly good.  (Tying stuff around horses point 1 to Sam!)  Crazy huh!  The guys riding them… well how they don’t have whip lash I do not know.  They’re seriously flying backwards and forwards so violently, it’s gotta be somewhat uncomfortable!  There’s some kind of point system with the method of riding and legs and bucking… I didn’t quite follow but was sure to cheer when the yehaw lady behind me did!  And that’s not even the bull bucking even!  That’s just plain mad!  We saw so many fly off and land soooooo close the bull it was terrifying!

On top of that they had horse racing where they wind around barrels, calf lassoing,William Shatner (LEGEND!), bull throwing (seriously, I thought Tobi was pulling my leg on that one again but they chase after a young bull, jump off their horse to get to it, grab it by the horns and then flick it over their shoulders.  Apparently no harm caused

to the bull but even still… blooming mental!!) and soooo much more.  In the evening show there were clown rodeos (super funny, I was in hysterics), DJ girls, electric dancing, music from Loverboy and tap dancing versus beat boxing.   Whilst watching and seeing these girls chunking out some choons from a pimped up pick up we all decided that we should travel the world on our pick up and do the same.  Tobi and Sam in arseless chaps DJing in the pimped up pick up, me beat boxing, Joanna with a mullet tap dancing and lots of glitter throwing along with coco the pooch in a trailer as a cowboy pimp.  Reckon it will go down a storm.

All in all, lots of good beer, great company from Charles, Tobi, Joanna, Mirko and Claudia, great showmanship, stupendous skill, lots of yehawing, meeting of an RCMP dude (who gave me a badge!! So chuffed), fireworks and ridiculously sized food on a stick.  It was a good couple of days!  Even if it took us 2 hours to catch a taxi at the end of it!

Will be going back for some more for sure :) 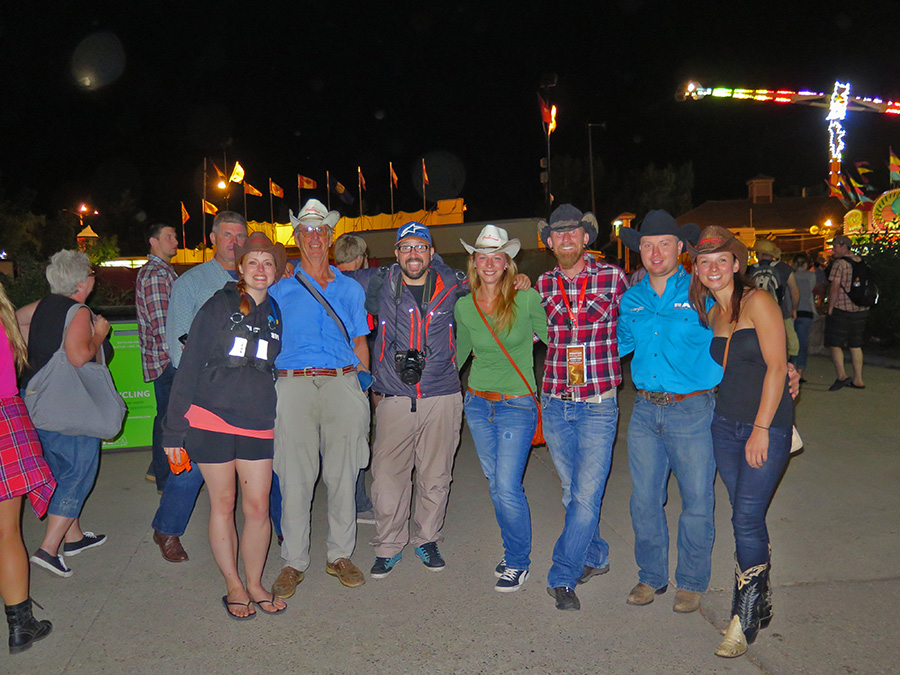 The Crew at the Stampede

Your email address will not be published. Required fields are marked *